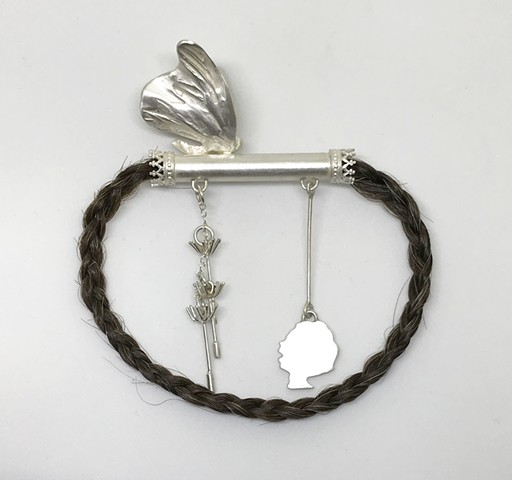 With fear ever present in our “Age of Terror”, I find myself longing for a nostalgic childhood innocence while searching for hope - a childhood innocence that in reality is a whitewashed, nostalgic, fairytale, "happily ever after" past that does not exist. In my search for this nostalgic past, I examined imagery I had associated with childhood innocence - such as swings and dollhouse furniture. Since the beginning of human civilization, we have created objects during times of fear and uncertainty in an attempt to embody hope. I looked to the history of jewelry and metalsmithing for these objects, such as amulets, talisman, Memento Mori (symbolic reminders of mortality), Victorian mourning jewelry, and medieval reliquaries. Drawing from these historical objects and nostalgic childhood imagery, I created a body of work that attempted to reflect hope. However, after living with this particular body of work for several years, thinking about it in the context of my own life and in the context of contemporary society, I have come to realize that this work is not about hope, but about the loss of innocence. These objects were initially titled Tangible Hope, and then I changed the title to Longing. After self-reflection, I found these titles did not reflect the content of these objects. These objects are now titled Loss of Innocence.