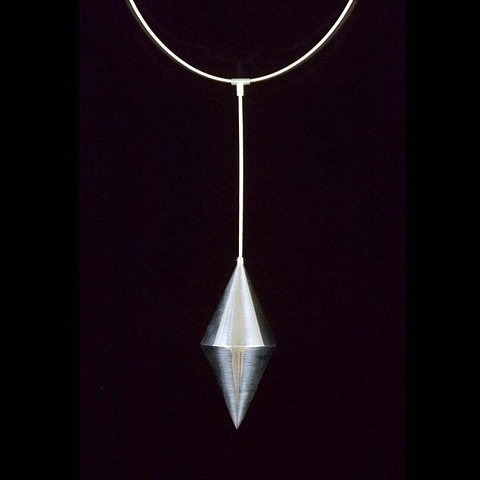 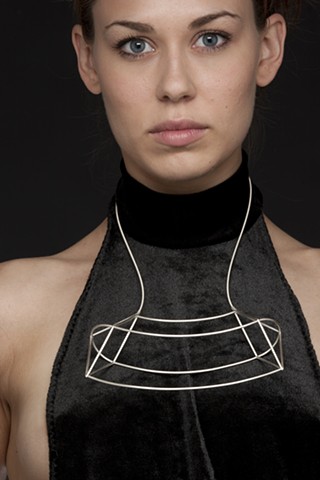 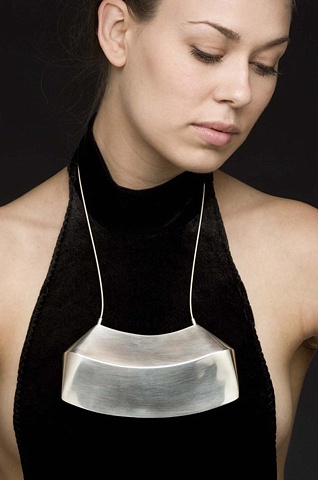 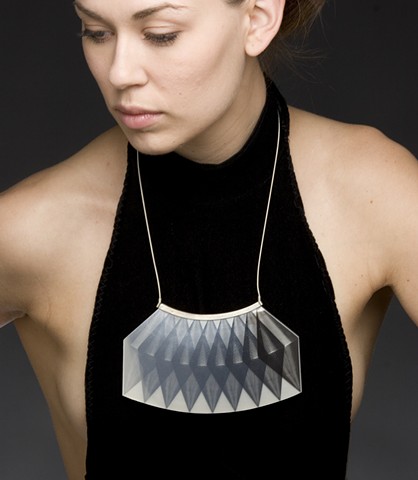 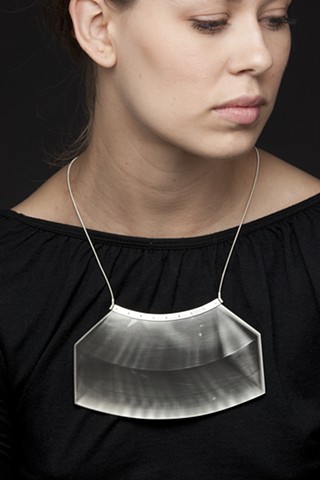 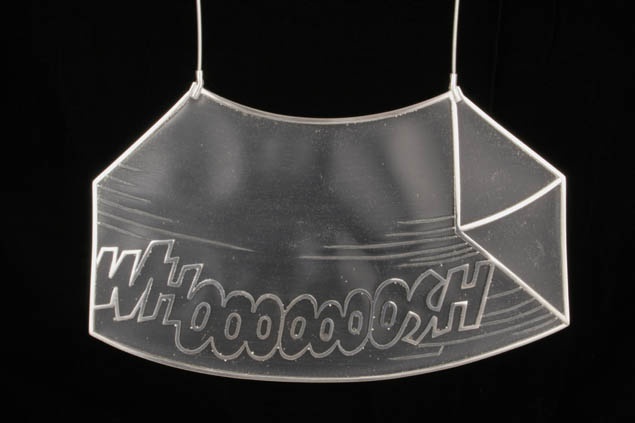 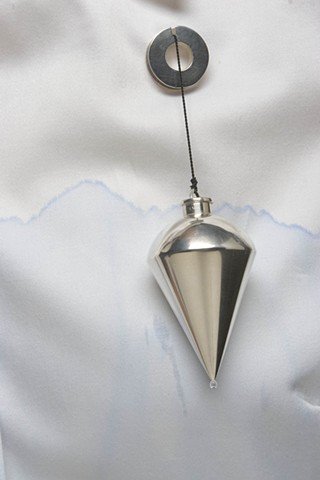 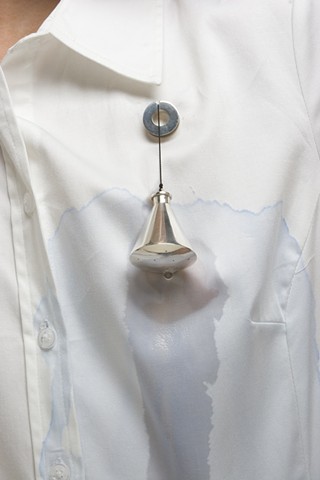 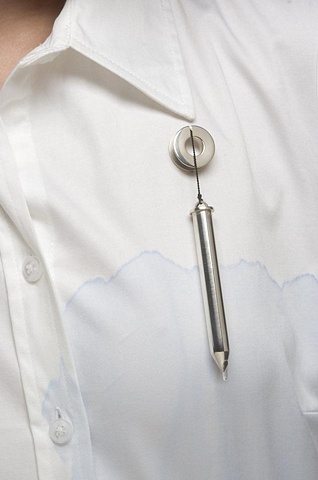 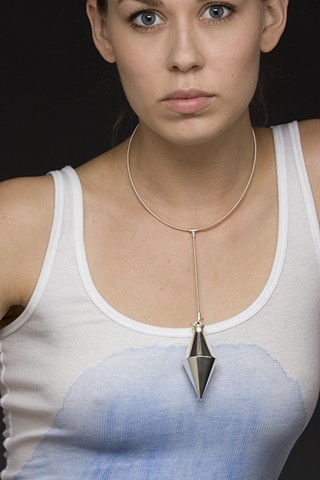 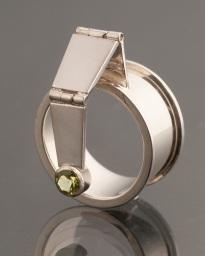 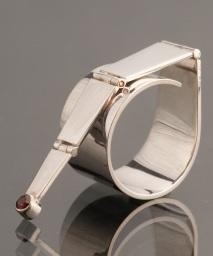 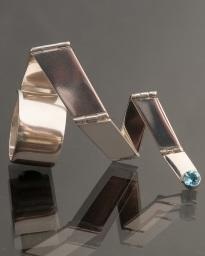 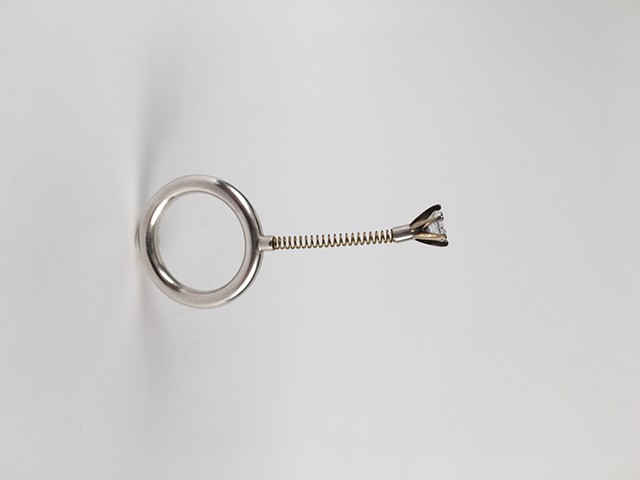 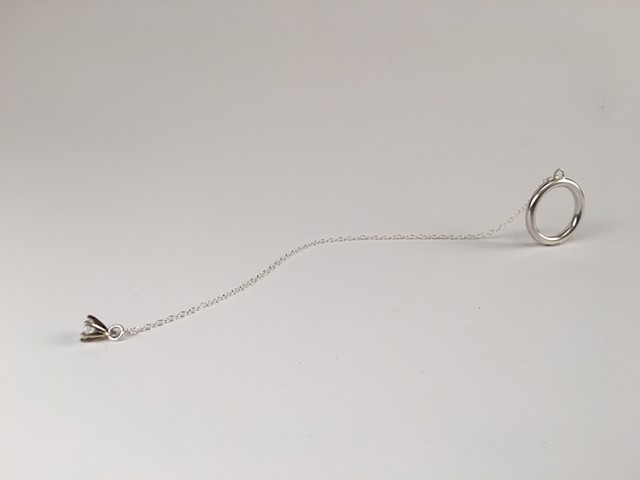 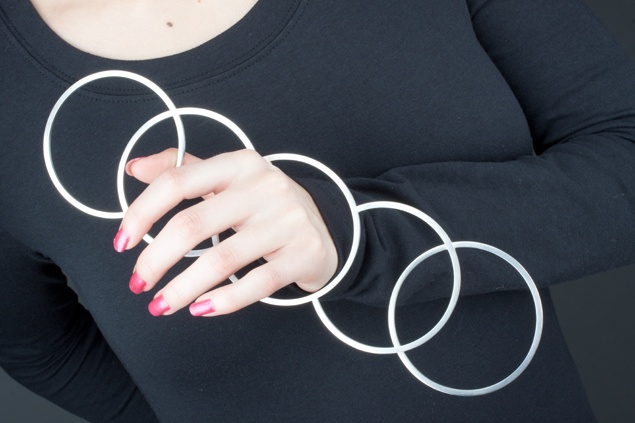 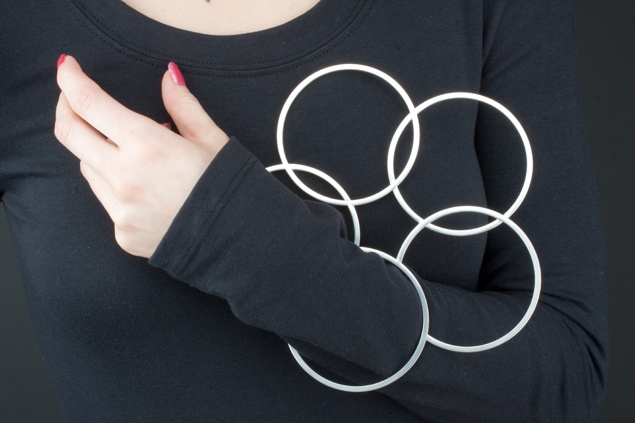 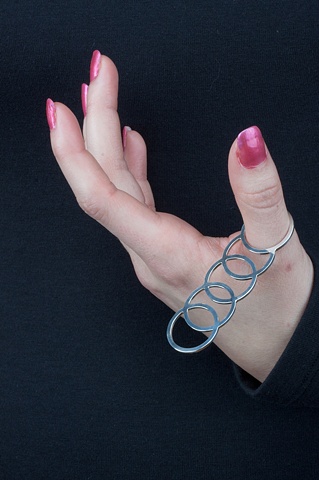 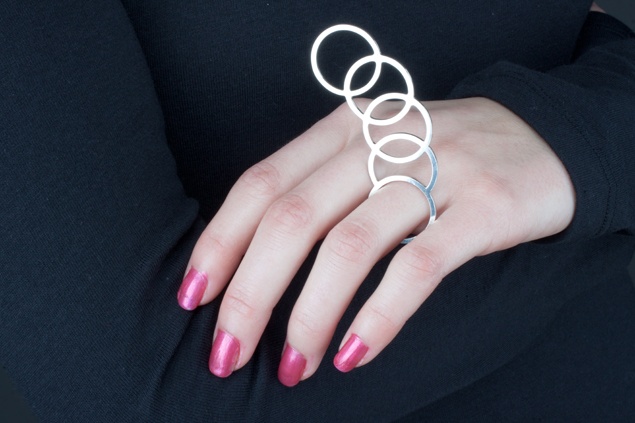 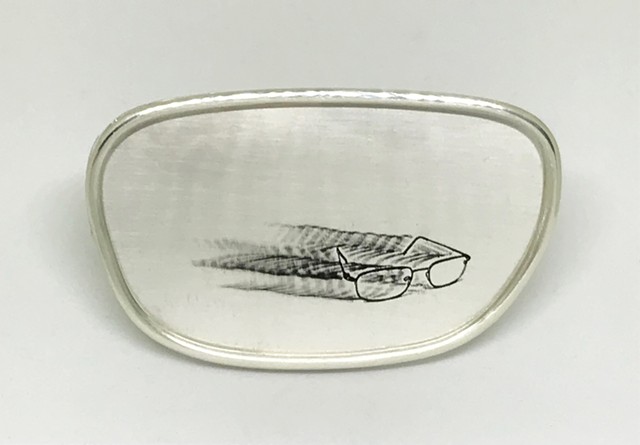 As an artist working with adornment, I am particularly interested in the relationship between object and wearer. In my jewelry I explore the creation of self-awareness and the formation of intimate physical understandings of the body.

The first pieces in this series engage the visual problem of capturing movement in a static object. By referencing artistic depictions of the body in motion from the late 19th and early 20th centuries, I attempt to think through the relationship between the study of movement and the study of time. References in this series focus on the photographic research of Etienne-Jules Marey and Eadweard Muybridge, and the artwork of the Italian Futurist and contemporary jewelry artists such as Joan Parcher and Rachelle Thiewes.

The body in motion: gravity pendants and brooches move beyond my initial attempt to depict movement in a static object, engaging the wearer as an active participant through sensory experience. This line of exploration records not only the movement of the body, but also becomes an intimate and personal interaction between the wearer and the object.

The rings in the body in motion: play series accentuate the movement of the hand, creating self-awareness through play.

body in motion: tracers pushes this series further by visualizing the trajectory of the movements we make with the jewelry we wear. The constant alignment of the bracelet or ring with the wearer's every move engages the wearer as an active participant.